African Football stars Sadio Mane and Mohamed Salah played their respective parts as they helped Liverpool to win the Carabao Cup title this season. The Reds saw off Chelsea on penalties on Sunday to win the first major domestic of this season as far as the English top flight is concerned. 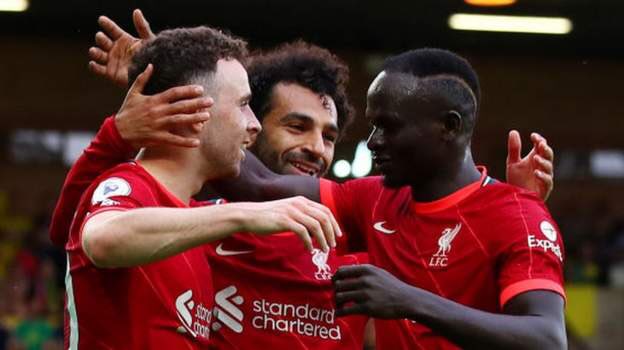 The African football duo of Mane and Salah were part of the Liverpool front trio alongside new signing Luis Diaz, but they were unable to breach the Chelsea rearguard for the entire duration of the game. The two African football stars came into the game on the back of scoring two goals each during the last league game at home to Leeds United. Salah and Mane scored two goals apiece to help Liverpool to the 6-0 thumping of Leeds United at home.

Salah, Mane and their Liverpool teammates were denied on numerous occasions by both the Chelsea defence and Chelsea goalkeeper Edouard Mendy. Mendy is a teammate of Mane at international level and they both conquered Africa together with Senegal at the end of the African Cup of Nations (AFCON) tournament last month.

During the penalty shootout, Chelsea substitute goalkeeper Kepa Arrizabalaga blazed his spot kick over the bar to hand Liverpool the Carabao Cup title for this season. Kepa had come on for Mendy towards the end of extra time as a better penalty specialist, but he turned out to be the major reason behind Chelsea’s defeat to Liverpool on penalties.

Liverpool have one trophy in the bag already this season, but they are still in the hunt for three more trophies. The Reds can still win the Premier League, the Champions League and the FA Cup trophies this season.

They are trailing rivals Manchester City by six points on the Premier League log having played one game less than the Citizens. They are already in the FA Cup fifth round where they will face Norwich City at home and are on course to secure a quarterfinal berth in the Champions League after beating Italian champions Inter Milan 2-0 away from home in the first leg of their last 16 clash.