Egyptian football league outfit Ismaily SC have been reinstated with immediate effect to the African Champions League following their expulsion from the continental club competition.

Just last month, the Confederation of African Football (CAF) banned Ismaily SC from participating any further in this year’s Champions League following tantrums from the club’s fans during a home game against Tunisian club side Club Africain.
END_OF_DOCUMENT_TOKEN_TO_BE_REPLACED

Chelsea have confirmed the loan departure of Victor Moses to Turkish giants Fenerbahce. The Nigeria international had struggled for game time following the arrival of Maurizio Sarri at the helm during the summer and this has eventually urged him to pursue a fresh challenge with Fenerbahce in Istanbul.

“Victor Moses has today joined Fenerbahce on loan until the end of the 2019/20 season. Moses, who joined the Blues from Wigan Athletic in 2012, was a key member of the Chelsea team which lifted the Premier League in 2017 and FA Cup in 2018, operating primarily as a right wing-back in a 3-4-3 formation. We wish Victor, a popular member of the squad, all the best on his loan deal in Turkey,” a statement on the club’s official website read.
END_OF_DOCUMENT_TOKEN_TO_BE_REPLACED 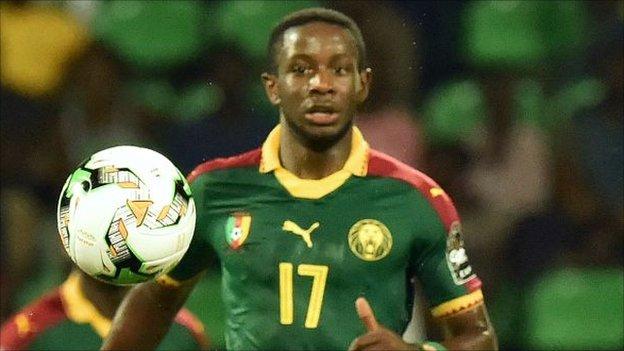 There was an interview published of the chairman of caf, which is the governing body of the game in Africa, where he had said that the confederation had assessed the situation in Cote d’Ivoire and they felt that they were not going to be in a position to fulfill all the criteria to be able to organize the tournament in 2021, so a decision has been made that the 2021 edition is given to Cameroon and the next edition after that will be given to Cote d’Ivoire. But the next edition; that is of 2023, has already been given to Guinea. So it’s all confusing at the moment.
END_OF_DOCUMENT_TOKEN_TO_BE_REPLACED 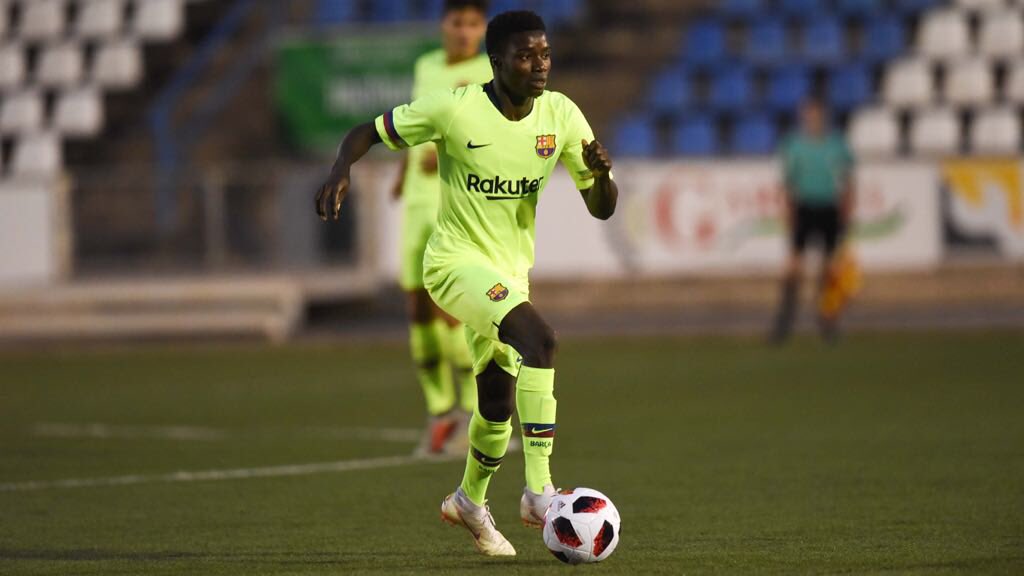 He will remain ineligible to represent the Barcelona senior team in any official matches until January, according to RACI journalist Gerard Romero. END_OF_DOCUMENT_TOKEN_TO_BE_REPLACED

Nigerian forward Isaac Success has been rewarded with a fresh long-term contract to keep him at Watford until the summer of 2023. The 22-year-old had struggled to make a notable impression during the backend of the previous season under manager Javi Gracia but the current campaign has fared much better for him with gametime in each of the opening 13 league matches.

Owing to this, the Hornets appeared to have no second thoughts about committing him for the long-term and they have now confirmed the extension via their official website. Shortly after the announcement, Chairman & CEO Scott Duxbury said: “This is a just reward for Isaac’s continued hard work and application this season. We look forward to seeing him develop further over the coming years.”
END_OF_DOCUMENT_TOKEN_TO_BE_REPLACED 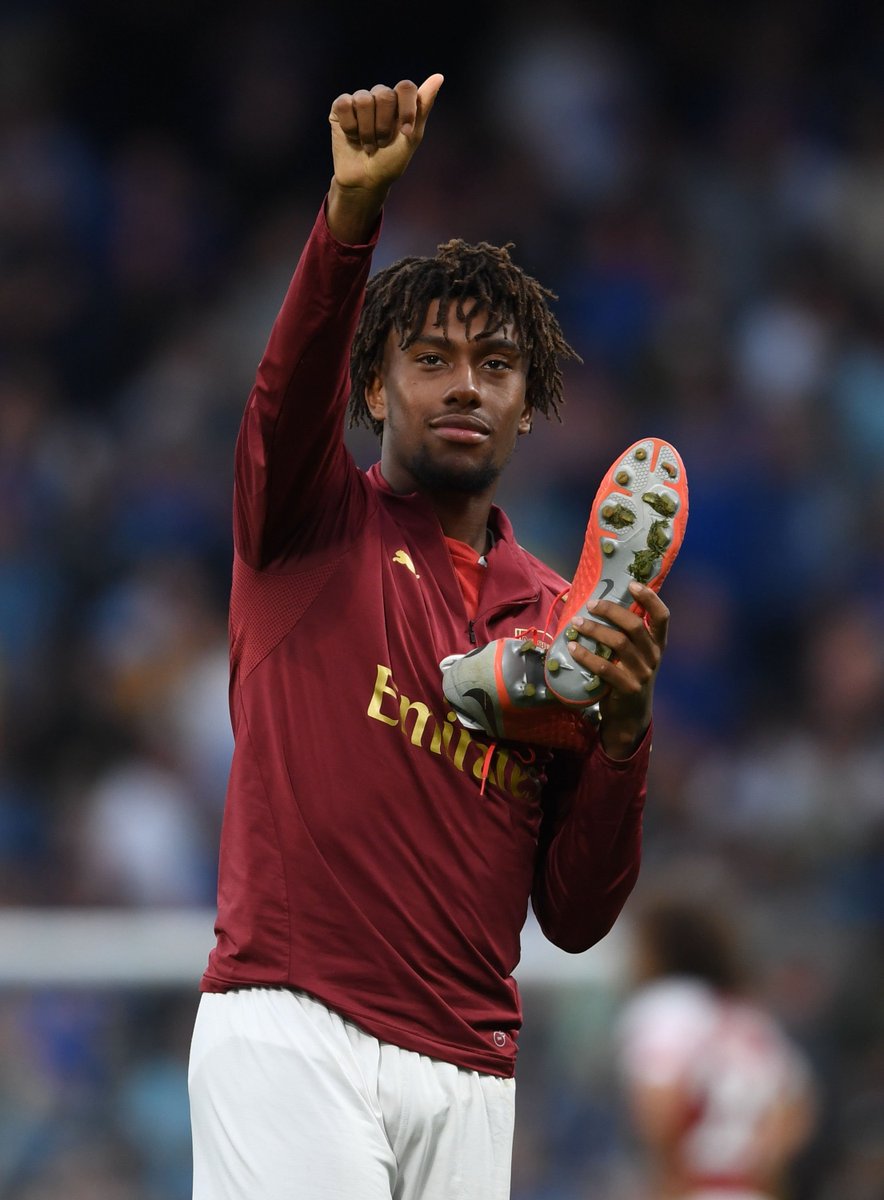 As such, there has been plenty of positivity around the north London club after a rather frustrating 2017/18 season and Iwobi has now spoken about the demands of the new manager in training. Speaking to reporters, he said: “He demands a lot, we are working a lot harder in training, running a bit more. As you can see, we are buying into his ideas and we are enjoying our time with him. We are not going to dwell on the past, we are always looking forward to the next game. We learn from out mistakes, like we have done. We have got four wins on the bounce now so we have just got to keep on going keep this momentum going and try to get as many wins as we can, like I’m saying.”
END_OF_DOCUMENT_TOKEN_TO_BE_REPLACED “Football association leaders should run football well in their respective countries and avoid corruption because it remains one of the challenges,” he said. One way to battle this menace of corruption was for governments to invest more in football, he added.
END_OF_DOCUMENT_TOKEN_TO_BE_REPLACED 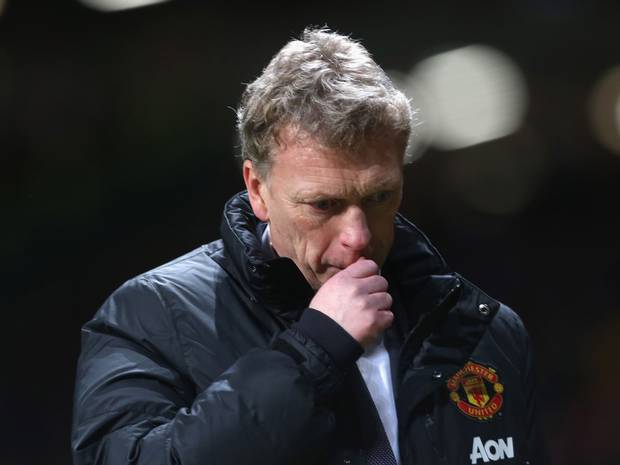 Moyes was shocked by the Wigan side who outplayed them to continue in the tournament. The Latics are through to the next round courtesy of a Will Grigg double. The player netted a goal in each half at the DW with Arthur Masuaku sent off for spitting at Nick Powell. The move by Masuaku will get him an expected six game ban and further worsen his relationship with his manager and the rest of the team. END_OF_DOCUMENT_TOKEN_TO_BE_REPLACED

Celtic manager Brendan Rodgers has hailed his side’s thumping 5-0 win over Astana in the first-leg of their Champions League playoff. \

The Hoops boss described the victory as an ‘outstanding team performance’ but insisted that there is still an away game left to play.

The Hoops had a tough outing against their Kazakhstan counterparts last time around as they drew 1-1 away at Astana before clinching a 2-1 victory at home in the third qualifying round. Rodgers had recently admitted that his team has made significant from the previous year, and their improvement was on show on the playing field as they bagged a convincing 5-0 victory which included a Scott Sinclair brace.

Following the game, Brendan Rodgers said: “We want to go there and win the game. We want to perform well. It was a brilliant performance and now we need to get the job done there. It’s a great demonstration of the work the players have made and progressed over the course of the last season. It was an outstanding team performance, creativity, pressing, really good structure to the team. We scored five goals and missed one or two chances. To do that at this level of competition for a Scottish team, I was really proud of the team.” END_OF_DOCUMENT_TOKEN_TO_BE_REPLACED

Andre Ayew, son of Ghanaian legend Abedi Pele Ayew can be said to have had a decent run at filling the big boots left by his dad.

Of all the Ayew sons, Andre appear to be the one that have come closest to carving out an image for himself out of his dad’s shadowy achievements. After starting out a career at Olympique Marseille, he led the U-2o national side of Ghana to victory at the aforementioned age group edition of the FIFA World Cup – hosted by Egypt in 2009.

Impressive outings with the Black Stars of Ghana would soon follow at the senior World Cup hosted in South Africa the following year where they were a Luis Suarez handball and a crossbar away from making history as the first African team to advance to the semifinals.Later on he clinched the BBC African Player of the Year.

However after eight years at the Stade Valedrome, Marseille decided to offload the Ghanaian as they looked for a way back to being a force to be reckoned with as far as French football went. END_OF_DOCUMENT_TOKEN_TO_BE_REPLACED