The Nigerian u17 women’s national team will advance to the championship match with a win over the South Americans. Nigeria’s Flamingos will battle South American nation Colombia for a place in the final of the 2022 FIFA u17 Women’s World Cup on Wednesday at the Pandit Jawaharlal Nehru Stadium in Goa. Nigeria enjoyed a dramatic triumph over favourites United States in the quarterfinals to reach the last four. The coach Bankole Olowookeere-tutored girls held the Americans to a 1-1 draw in normal time before edging the resultant penalty shootout 4-3 to advance at the expense of the Yanks. 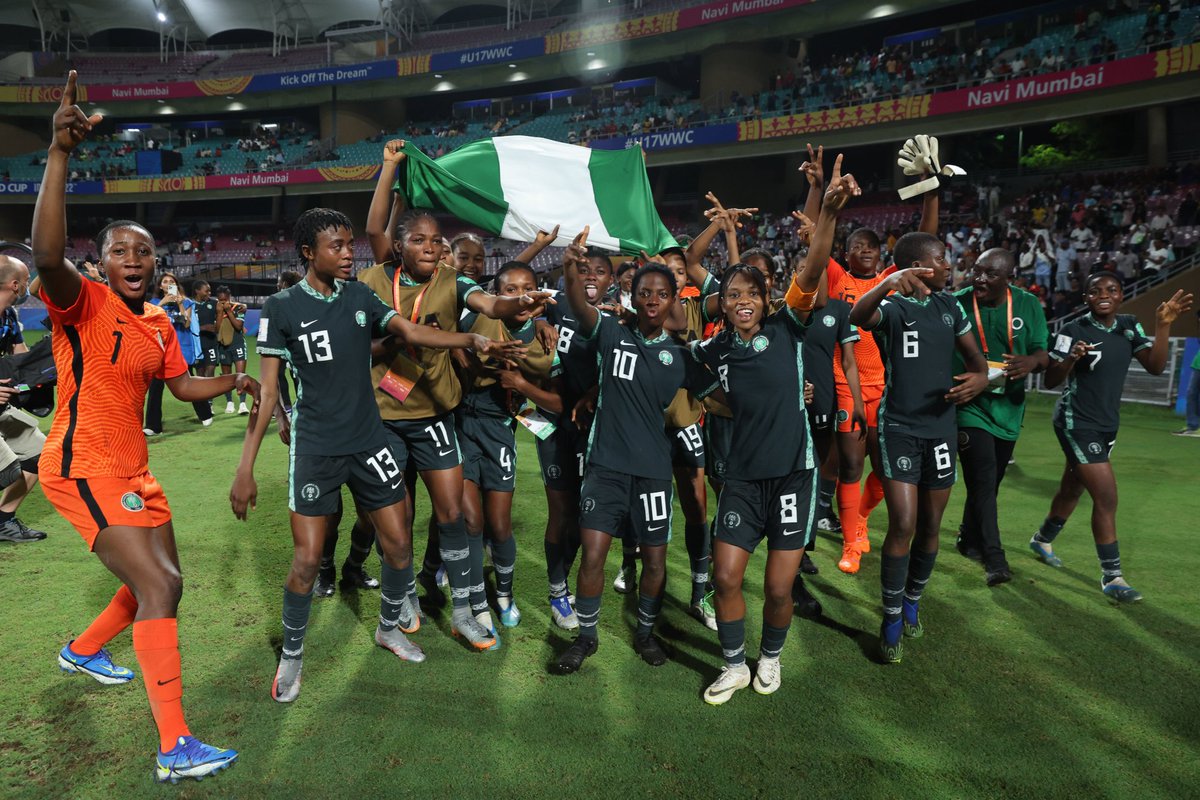 Earlier, the Flamingos suffered a 2-1 opening-day defeat to Germany in Group B but recovered to crush New Zealand 4-0 and Chile 2-1 to finish as runners-up. Colombia also emerged as second from a group that had Spain, Mexico, and China. The Coffee Growers lost 1-0 to the Europeans but bounced back to beat the Chinese 2-0 and the Mexicans 2-1 for a place in the quarters. Reputed for being one of the  internet’s biggest medical voices, Aproko Doctor took a spin with Babajide Guerrero where he shared a football side of him that many do not know. In the quarterfinals, the Colombians thrashed Tanzania 3-0 to set up a date with Nigeria. END_OF_DOCUMENT_TOKEN_TO_BE_REPLACED